The Story Behind Great Is Thy Faithfulness

The story behind Great Is Thy Faithfulness is remarkably similar to some of the other stories we've had. Thomas O. Chisholm was born in a log cabin in Kentucky in 1866. As a young man, his health was frail and he spent much time bedridden. At the age of 27, he came to know the Lord and one of his favorite Scriptures became Lamentations 3:22-23. “It is of the Lord's mercies that we are not consumed, because His compassions fail not. They are new every morning: great is Thy faithfulness.” 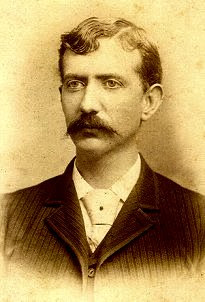 He became a pastor at the age of 36 but had to retire a year later because of poor health.

He was able to take missions trips, and while away, he wrote his friend, William Runyan, a little known composer. Thomas often included poems in these letters Runyan was so moved by one of the poems, he wrote the music to the hymn we now know as Great Is Thy Faithfulness. It was published in 1923.

George Beverly Shea began to sing it at the Billy Graham crusades and the hymn became popular.

Thomas Chisholm became a prolific poet, writing over 1200 poems in his long lifetime. He died in 1960.
Posted by Liz Tolsma at 9:19 AM

Email ThisBlogThis!Share to TwitterShare to FacebookShare to Pinterest
Labels: Great Is Thy Faithfulness, Thomas O. Chisholm