The Story Behind Fairest Lord Jesus

I have to say, I'm a little surprised at how old this hymn is. For some reason, I thought it was rather new, perhaps late 19th century or even early 20th century, but some traditions say it's as old as the 12th century, sung when Crusaders made their way to the Holy Land. Originally, some believe, it was sung to a Gregorian chant. None of that can be substantiated.

Others attribute the hymn to around 1620, when the followers of the reformer John Hus were driven from Bohemia in a bloody purge. They settled in Silesia, now part of Poland. This is said to have been a Bohemian folk song.

The first known appearance of the hymn was in the Roman Catholic Munster Gesangbuch of 1677. Hoffman Fallersleben heard a group of Silesians singing this hymn, wrote down what they sang, and published it in his Schlesische Volkslieder in 1842. This is the version of the hymn we know.

The hymn appeared in English in Richard Storrs Willis' Church Chorals and Choir Studies in 1850. 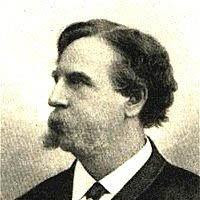 A notation about this hymn in that collection stated that it was, "sung by the German knights on the way to Jerusalem." That may well be where the Crusader legend began. Willis was also the composer of It Came upon a Midnight Clear.
Posted by Liz Tolsma at 7:33 AM