The Story Behind God Will Take Care of You

This hymn was written in 1904 and has quite an interesting story. The Martins were guests at the Practical Bible Training School in Lestershire, New York. Mr. Martin was helping the principal put together a songbook.

One Sunday, Mr. Martin was supposed to go preach at a church some distance from the school. Mrs. Martin wasn't feeling well, and he thought about canceling and staying home to take care of her. Their nine year-old son piped up at this point. "Don't you think God will take care of her?"

With that, Mr. Martin went off to conduct the service. While he was gone, his wife, thinking about what their son had said, wrote the words to the hymn God Will Take Care of You. When he came home - relieved to find his wife much better - she gave the words to him. He sat down at the organ and within an hour composed the music. 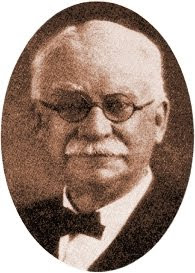 Later that same evening, a couple of the teachers came by and they sang the hymn. Later in the week, it was sung at a school assembly and then added to the songbook.

We'll be hearing more about Civilla Martin as she wrote the words to another popular hymn - His Eye Is on the Sparrow.
Posted by Liz Tolsma at 10:28 AM

Email ThisBlogThis!Share to TwitterShare to FacebookShare to Pinterest
Labels: Civilla Martin, God Will Take Care of You, Walter Stillman Martin