The Story Behind Wonderful Grace of Jesus

The writer of the hymn Wonderful Grace of Jesus, Haldor Lillenas, was born in Norway and immigrated to the United States when he was a small child. 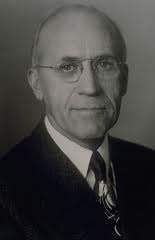 Converted to Christianity at the age of 21, he entered Bible college and later became an elder and a pastor in the Nazarene church. He obtained his musical training through personal and correspondence study. He and his wife, Bertha, worked as evangelists for a time, traveling the country.

Later, he settled down in Illinois and bought himself a used organ for the extravagant sum of $5. They didn't have much money at the time. He composed Wonderful Grace of Jesus on that organ and made - you guessed it - $5 on the sale of the hymn.

In 1924, he founded Lillenas Publishing Company which later became Nazarene Publishing Company. He worked there for 20 years as an editor. Like many other hymn composers, he was prolific. Together, he and his wife wrote over 4000 hymns. 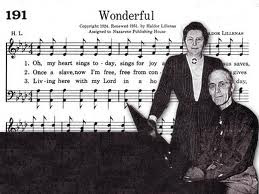 In 1982, he was inducted into the Gospel Music Hall of Fame.

While the tune may lend itself to being played uptempo, in a bubbly sort of fashion, Lillenas himself cautioned about the hymn begin played too fast. He wanted it to be slower so that everyone could focus on the the wonderful grace of Jesus.
Posted by Liz Tolsma at 12:07 PM